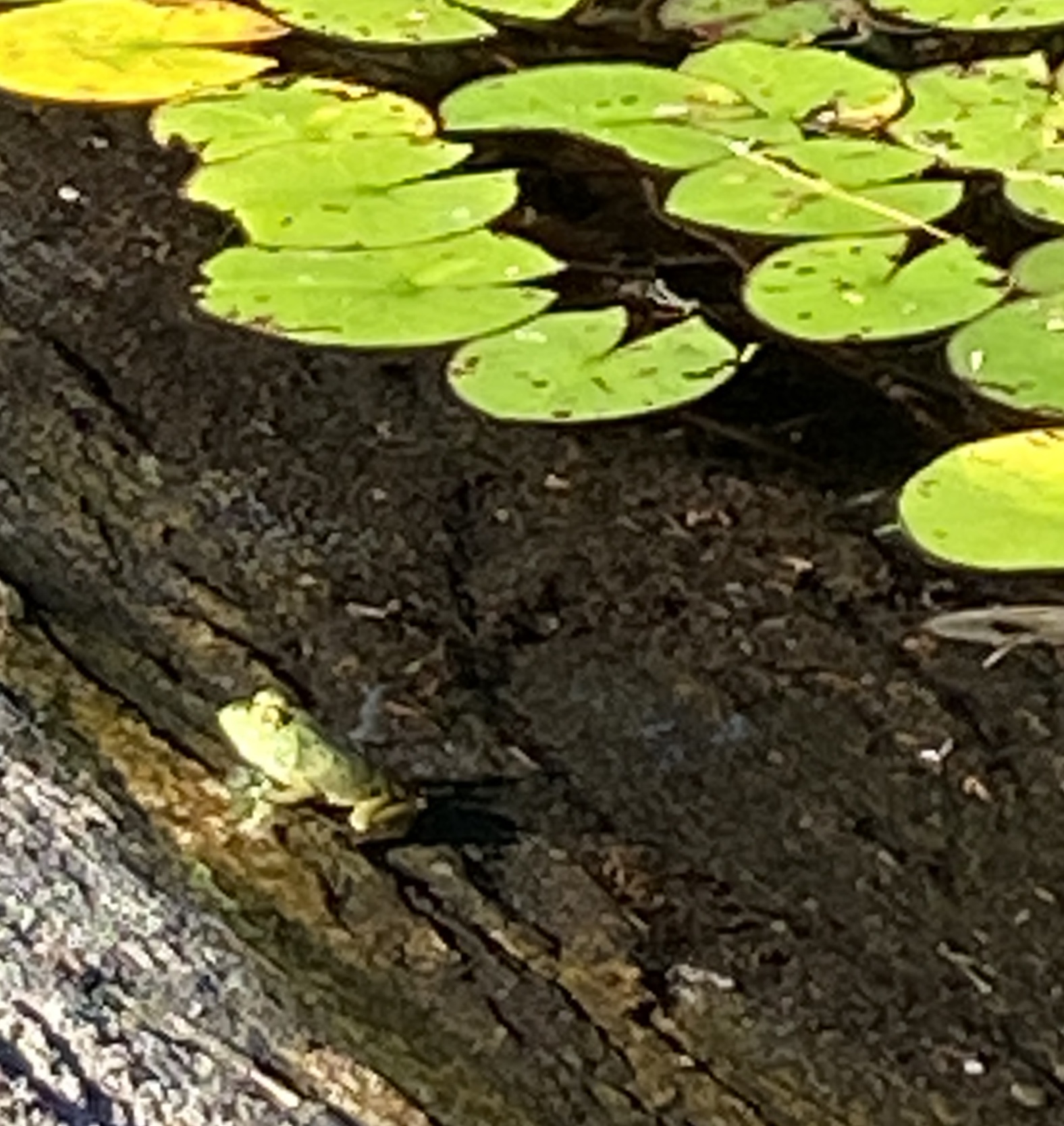 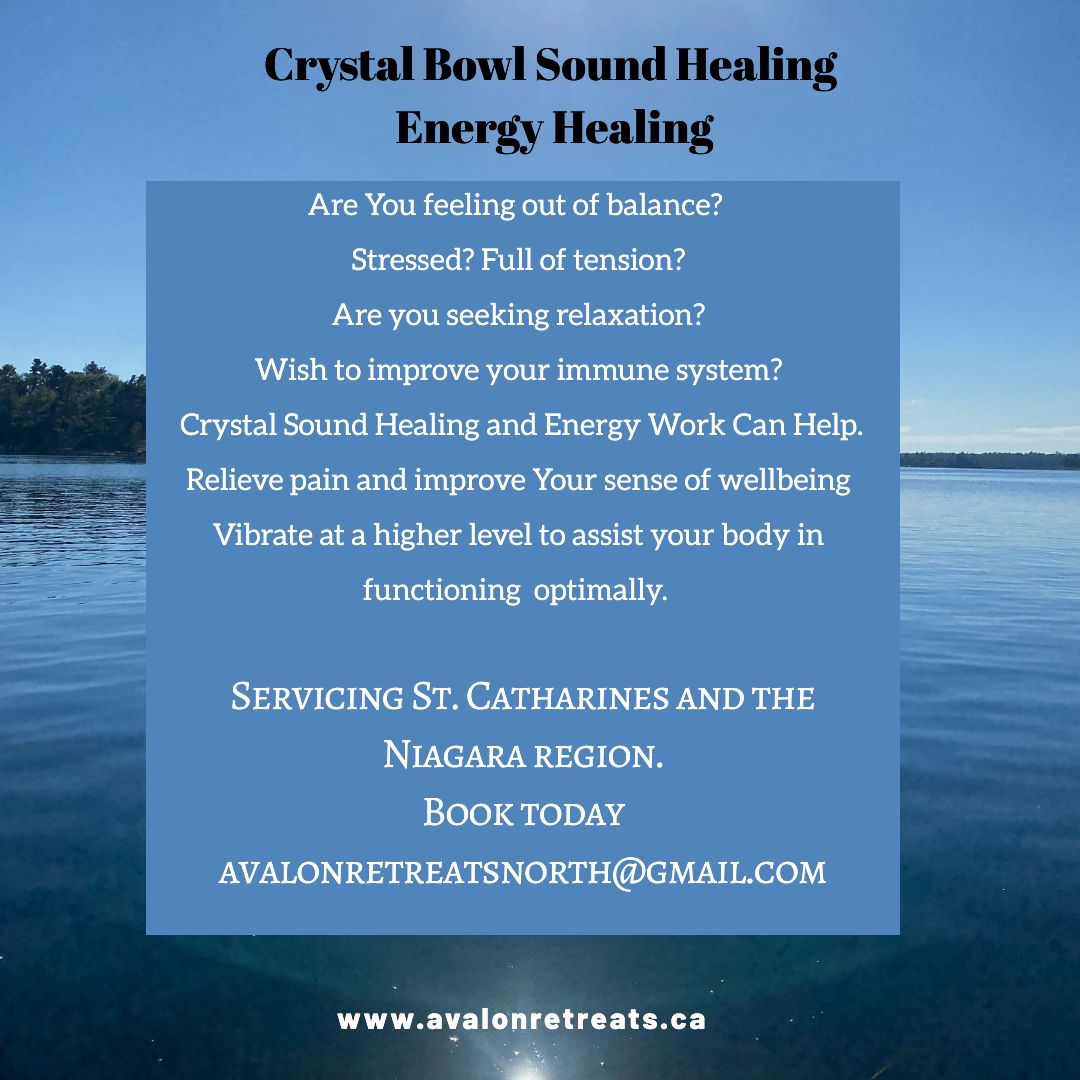 Kambo is a secretion from one of the largest Hylid frogs known as the Giant Green Monkey Tree Frog. Its scientific name is Phyllomedusa Bicolor. The frog is nocturnal and arboreal and due to the fact that it has no natural predators is found in abundance across the Upper Amazon rainforest areas of Bolivia, Brazil, Colombia, Peru, French Guiana, Suriname and Venezuela.

The only known threats to this species of frog at the moment are spawn predation and the potential destruction of their habitat.

Kambo is said to be the great revealer. Many have described their Kambo experiences as a genuine rebirth. Kambo helped them to reignite their courage and to acknowledge themselves on a deeper level, letting go of that which was holding them back and allowing them to embrace their highest happiness. It will change you. Kambo brings clarity, strength, insights and can deliver a deeply transformative experience.

The frog is a Universal symbol of the embracing of personal power. It reminds us not to become bogged down with day-to-day living. Give the frog and Kambo the support and energy needed to reclaim your true nature and allow yourselves to simply shine. Kambo has never failed to bring change.

Whether Kambo has you purging, sweating, shaking, crying or in a state of bliss, you can be sure that change is in progress.

Are you ready to take the leap?

You can find out more on the links below:

Kambo is very safe when given by a properly trained practitioner. However there are some conditions for which Kambo is contraindicated. This is not an exhaustive list. It is important to consult a properly trained and skilled practitioner if you have any concerns. Suitability for Kambo may occasionally depend the constitution of the person receiving Kambo. Those who we contraindicate include  people who:

Research conducted since 1980 has shown the chemical makeup of kambo to contain short chains of amino acids, known as peptides, that affect gastrointestinal muscles and blood circulation as well as stimulate the adrenal cortex and pituitary gland in the brain. While there are no clinical studies that definitely back up kambo's efficacy, the properties of kambo peptides made it a promising treatment for the following conditions -

Negative energies. Traditionally known as "panema." Sananga and Hapi, described below may also be used during a kambo ceremony, or as medicines on their own.

Sananga Sananga is a traditional medicine used by the tribes of the Amazon. Sananga is created by steeping the plant shavings of Tabernaemontana sananho in water. The resulting mixture is a powerful cleanser, commonly used as an eye drop, although it also has topical and internal uses.

The Matsés, Yawanawá, and Huni Kuin tribes often take the drops before hunting. They believe that Sananga sharpens both their night/day vision and perception (other senses). Sananga is known to improve the definition of detail and color while also enhancing spiritual insights. Those who use Sananga eye drops long-term report quality of mind previously unknown to them, with increased perception and intuition, leading to greater access to spiritual insights. One could say that Sananga supports a more precise, more profound relationship with the higher self. The tribes teach that our journey towards clarity involves removing 'panema.' To the Shaman, panema is a cluster of disqualified energies present in a person's energy field. This disharmonious energy is accumulated from bad habits and wrong thinking and is detrimental to holistic wellbeing.

Panama often weighs on the energetic body of the individual, leaving them numb, discouraged, sad, depressed, stressed, and feeling physically heavy. Panema affects all of our bodies, whether physical, emotional, mental, or spiritual.

With frequent use, Sananga will wash away panema and leave you feeling light, lively, capable, and refreshed. You will feel clear and progress more quickly towards your higher goals. Sananga is often used before receiving kambo although is also served on its own as a medicine of many gifts to the recipient. Benefits of Sananga may include but not limited to - Balancing of mind, body and spirit, decalcify the pineal gland, enhances visual colours and perception, removes Panama and improves eye health, brings one into the present moment.

Rapé is pronounced ‘ha-peh’ in English. Also, it’s known to be casually referred to as ‘hape’, ‘hapi’ or ‘rapay” by some Western people.

Hapi is a sacred, powerful, precious, profoundly healing and cleansing miracle medicine. They are made in a very sacred and labour intensive process, and consist of various Amazonian medicinal plants, trees, leaves, seeds, and other sacred ingredients. Some types of rapé are made by various indigenous tribes, who originate from different South American countries – primarily Brazil and Peru.

Traditionally, they are applied by using a pipe made from bamboo or bone, which is blown through each nostril on both sides. They can be self-administered using a V-shaped self-applicator pipe, which connects the mouth to the nostrils. Alternatively, the can be administered by another person using a blow pipe, which connects the blower’s mouth to the other person’s nostrils. The self-applicator pipe is known as ‘Kuripe’, and the blow pipe is know as a ‘Tepi’ in the Brazilian tradition.

Generally, they have the following effects – profoundly helps to re-align and open all your chakras, improves your grounding, releases any sickness on physical, emotional, mental and spiritual levels, opens-up the third eye, de-calcifies the pineal gland, clears any mental confusion, releases any negative thoughts, removes any entities, connects you to your divine breath, and elevates your connection with Spirit.

Please note that you may experience purging, vomiting, bowel movements and excess saliva, which is normal – where stuck energy, toxins and sickness are being released from your energetic and physical bodies. You may need a bucket, toilet tissue and drinking water close to hand.

Each different type of rapé has different vibrations, notes, qualities, subtleties, and very different effects on the energetic field. Furthermore, after you develop a deeper relationship with each rapé – ​they are powerful Plant teacher spirits, where you can ask any questions or hold specific intentions for each sacred session. 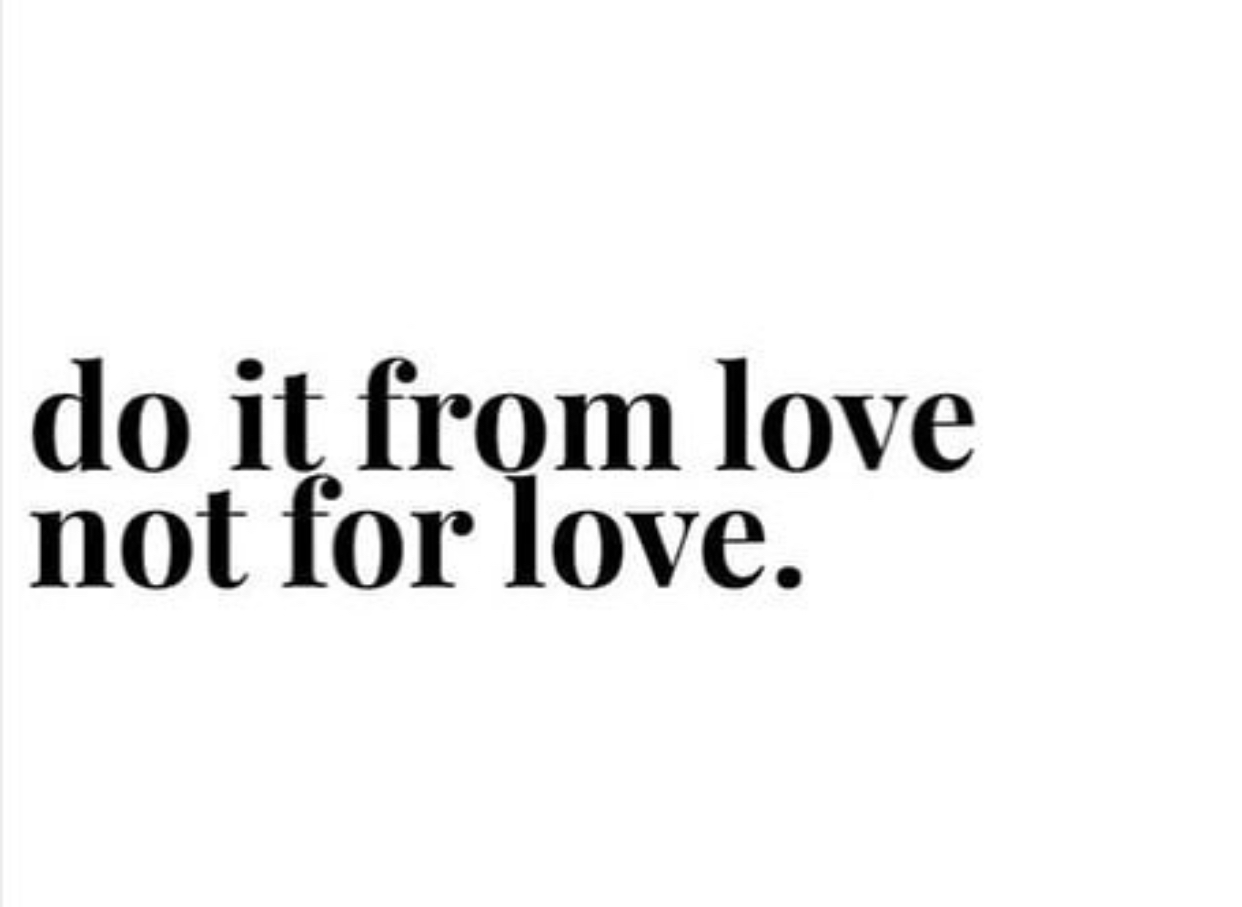 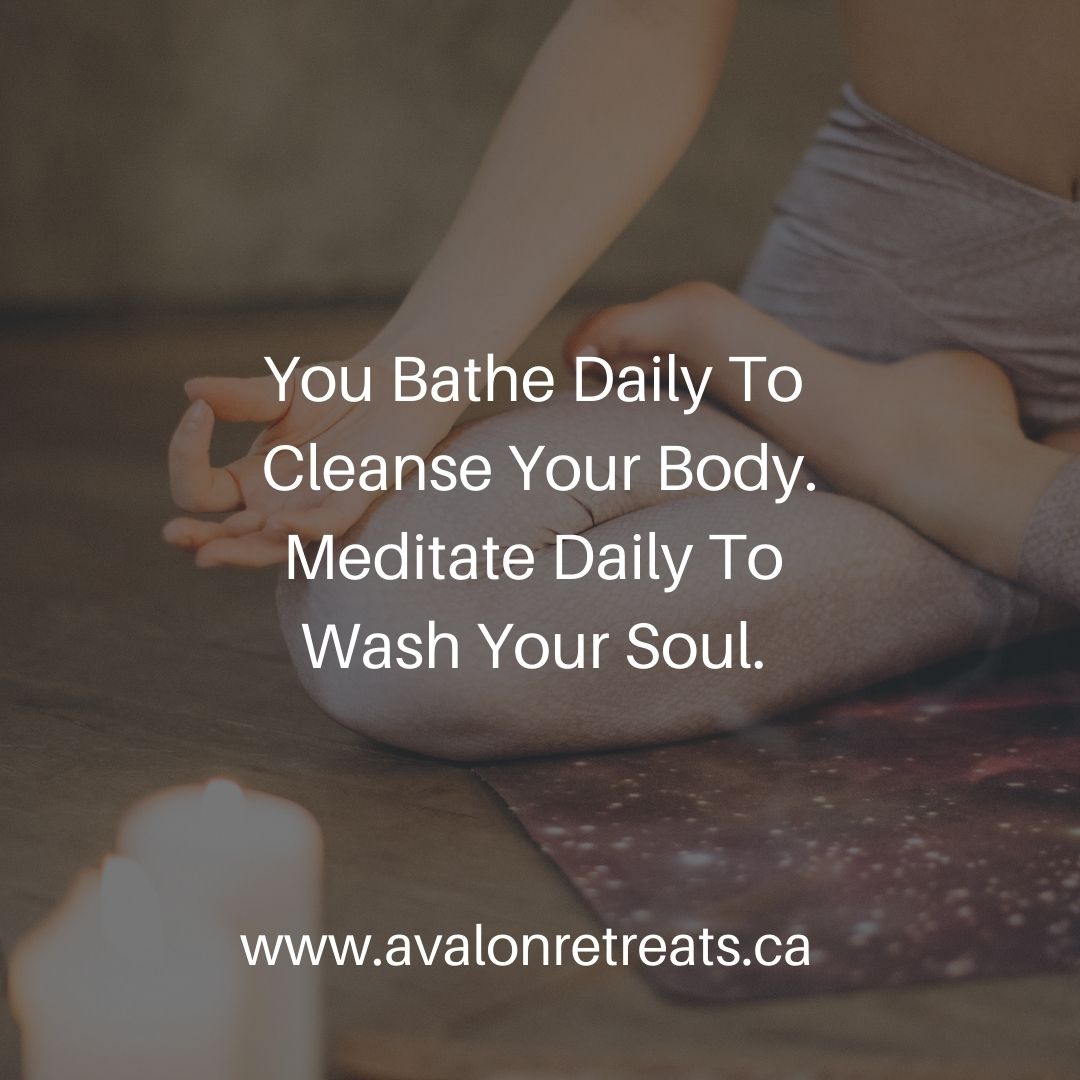 Coaching - Awakening is a Warrior Journey Awakening to the truth of who you are is for many, a challenging  endeavour. As you begin to see the veils of what your were told was truth, being stripped away, it can make you question everything. It can make you think you are going crazy. You are not. You are simply awakening to the facade of societies truths.  You may be shifting your spiritual consciousness, your perception of the world or both. There are different forms of awakening. Until you  embrace Your true self, you will never be fully awake. Think of Neo, in the Matrix. It was not until he fully embraced his power,   released all he thought was truth, that he was free. You were meant to live as a sovereign being, free, loving, powerful, compassionate, knowing we are all One. Seeing the illusions for what they are,  learning to flow in them and make them work for you is life changing. Knowing you alone are responsible for Your happiness is powerful. Learning to witness, not react to outside circumstances is freeing.  I can assist you in embracing this new way of being. You must be willing to let go of all you have been taught to create a New You. Are You Ready to be Free? Email to book a complimentary 30 minute session today. avalonretreatsnorth@gmail.com Coaching Is available in packages of five sessions after the initial consultation. After two 5 packages have been experienced, single sessions may be purchased. 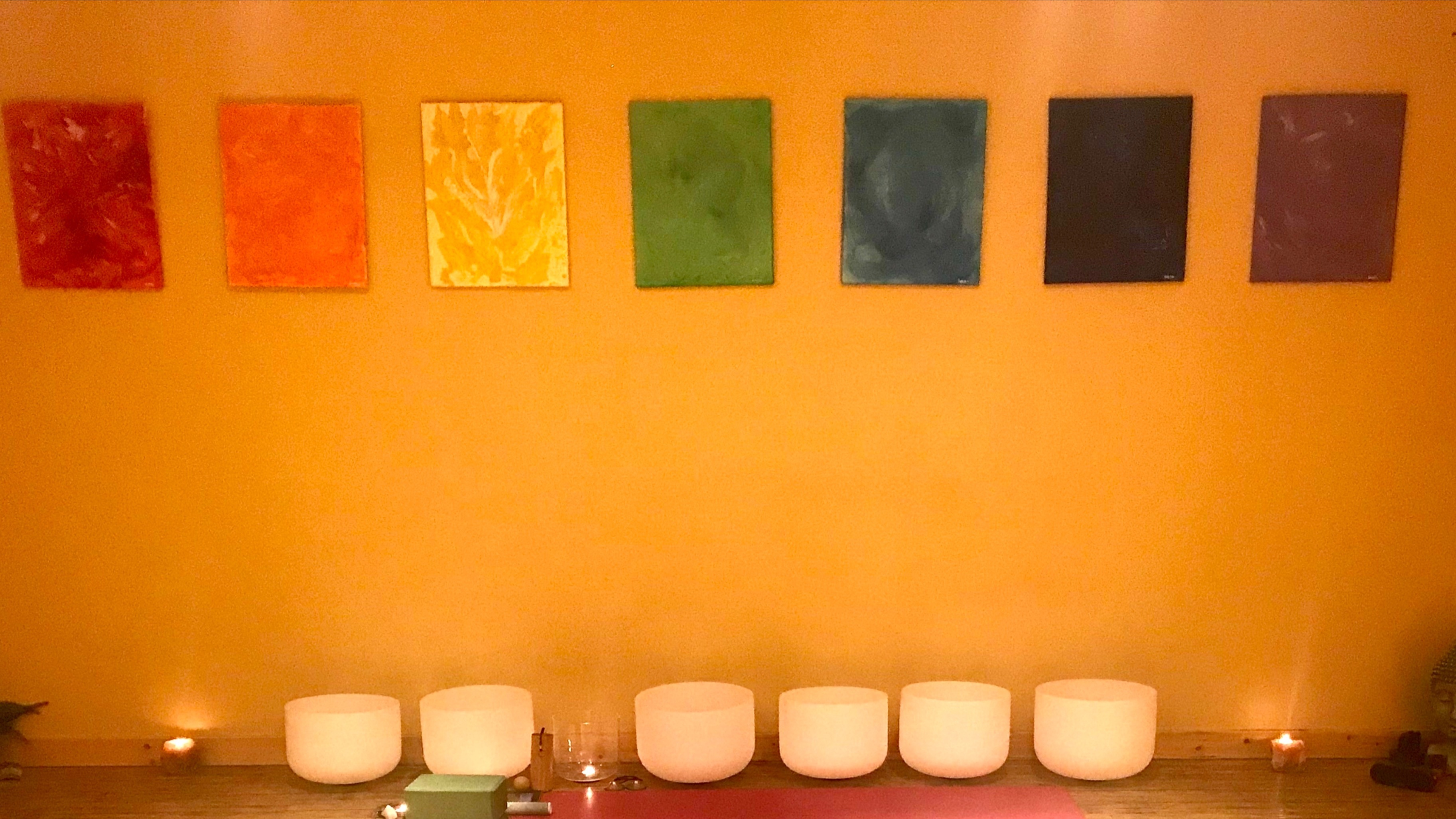 The sound and vibration of Crystal singing bowls nearly instantly reduces stress and tension and, creates a relaxed and meditative state. It is from that point where healing the mind and body can begin. Vibrational sound healing can be traced back from present day trends to many ancient civilizations including India, Africa, Europe, and the Orient. Crystal bowl therapy helps to balance the chakra system and re-energize the auric field. Healing is thus made possible on all levels.

What is sound healing?

When an organ or body part is healthy, it creates a natural resonant frequency in harmony with the rest of the body. When the vibration of a part of the body is out of harmony, we have dis-ease. With dis-ease, a different sound pattern is established in the affected part of the body. When sound is projected into the dis-eased area, correct harmonic patterns are restored.

The Crystal Bowls work directly with  universal energy and channel it into the body to enliven our entire being! Through this super-flow of life-force energy, they can help us remember our connection with the Great Source and allow us access to the unlimited healing energy from within.

The notes of the crystal bowls are tuned to specific vibrational frequencies (notes) found within the human body. Thus when the sound moves through the atmosphere and touches us, it causes our cells to move in different directions at a different speed, in rhythm with the sound wave. This puts us in harmony with the sound wave. The sound penetrates into our very cells and rebalances them through oscillation and resonance. Hearing is not a prerequisite for benefiting from these healing properties. Studies have shown that sound has a direct impact on the mental processes, muscles, nervous system, (heartbeat, pulse) digestive system and circulatory system. Alignment with the tones of the Singing Crystal Bowls is one of the most dynamic forms of sound healing found today.

Dr. Mitchell Gaynor, director of Medical Oncology and Integrative Medicine at the Cornell Cancer Prevention Center in NY has been using sound, including Tibetan Bowls, Crystal bowls and chanting in work with cancer patients for many years. “If we accept that sound is vibration and we know that vibration touches every part of our physical being, then we understand that sound is heard not only through our ears but through every cell in our bodies. One reason sound heals on a physical level is because it so deeply touches and transforms us on the emotional and spiritual planes. Sound can redress imbalances on every level of physiologic functioning and can play a positive role in the treatment of virtually any medical disorder.”

Enhanced energy levels throughout the day

You are invited to join the mailing list to stay connected to events and happenings being offered. Your energy and love will only make our community stronger. Share your thoughts and concerns. What you are passionate about? How may we assist you to live a life of ease and flow? We look forward to connecting in sacred space soon. Aho xo
Avalonretreats.ca